Cozy, modern, two-room apartment in Costa Adeje (Callao Salvaje). If you are looking for peace, luxurious views - on one side the ocean, on the other side the majestic Teide volcano, unforgettable rest, on the island of paradise, Tenerife, then this choice is just for you.
The apartment has two bedrooms, two bathrooms, four balconies and a roof-top terrace. There is also a large heated swimming pool for your enjoyment. Apartment area - 67 sq.m.; roof-top terrace area - 75 sq.m. Recommended stay is for 3-4 people. Here you will find everything you need for your vacation.
The apartment has internet, TV, kitchen, dining table, induction cooker with necessary pots, microwave oven, kettle, coffee machine, juicer, dishes, dishwasher, washing machine, ironing board and iron, hair dryer, towels and bed linen for 4 people. You can see the ocean perfectly from all the windows of the apartment, as well as from the roof-top terrace. Parking at the house is free.
We are waiting for you! Apartment rent is for a minimum of 7 day period.
Short-term rental price - from 650 EUR/week (additional day - 100 eur/day)
Long-term rental price - from 2200 EUR/month, plus electricity consumption (Long-term rental is considered a term longer than two months. Currently, the price of electricity is 18 cnt/kwh)
A one-time apartment management fee of 90 EUR applies upon leaving.
Orders are accepted by phone +370 699 29900 or by e-mail geistys@mickus.eu Upon reservation, we require an advance of 30 percent of the total payable amount which is transferred to the checking account of the apartment owner. In the transfer details, please indicate your first name, last name, time of rest and apartment number. In case of non-arrival or shortening of the reservation period, the advance payment is not returned.       Your reservation time is from 2 p.m. on the day you booked until 12 o'clock on the last day. 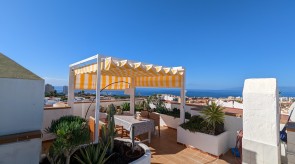 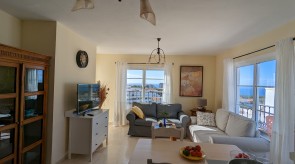 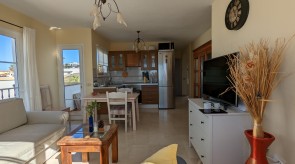 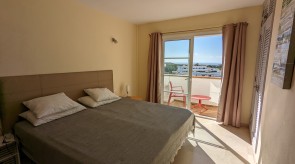 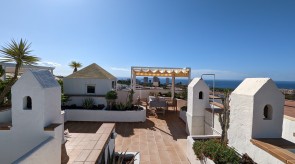 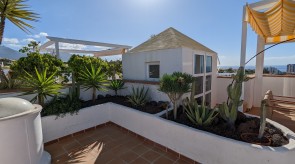 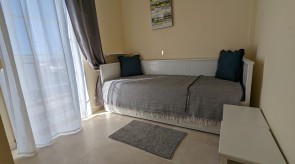 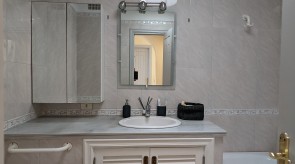 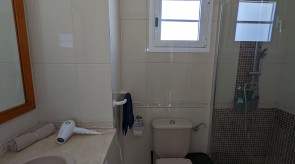 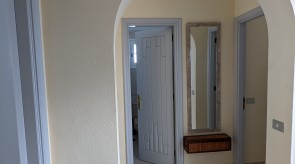 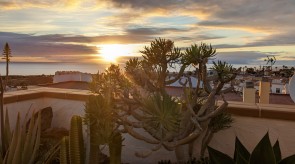 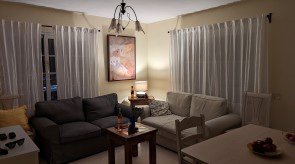 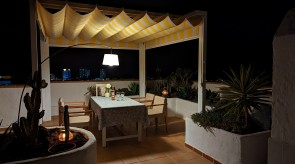 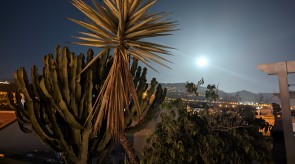 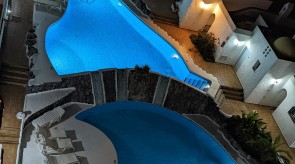 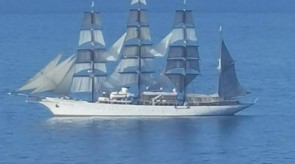 Approximately five million tourists visit Tenerife each year; it is the most visited island in the archipelago. It is one of the most important tourist destinations in Spain and the world, hosting one of the world's largest carnivals, the Carnival of Santa Cruz de Tenerife.

Teide National Park, located in the center of the island, is also a UNESCO World Heritage Site. It includes Mount Teide, which has the highest elevation in Spain, and the highest among all the islands in the Atlantic Ocean. It is also the third-largest volcano in the world, when measured from its base. Another geographical feature of the island, the Macizo de Anaga (massif), has been designated as a UNESCO Biosphere Reserve since 2015. Tenerife also has the largest number of endemic species in Europe.